skip to main | skip to sidebar

Go look at 24 Hour Party Pooper. There's actual stuff to read and argue about over there. All we got 'round here is black sheep and word nerds.
Oh, and a little pig in a can. 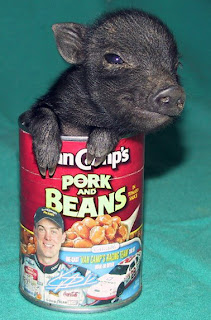 Posted by Gordon Lamb at 5:20 AM 2 comments: Links to this post

Anyone else out there bothered when people use the term 'blog' to mean what is actually a 'post'. I have met so many people over the past month (another story altogether) who consistently referred to a single post as a 'blog'.
Posted by Gordon Lamb at 11:49 PM No comments: Links to this post

It's Memorial Day. I don't sit on either side of any [recognizable] political fence anymore but Memorial Day is not about politics. It may well be about philosophy, but not politics. At least not the cheap sham of politics in the US. 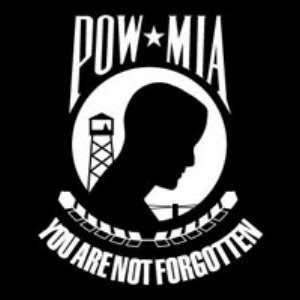 Posted by Gordon Lamb at 4:17 PM No comments: Links to this post

If you are a person who uses the work "click" when what you mean is "clique" then you are a moron and I don't want to know you. Please see:

"I hate “clicks” and I hate groups of people who think that they are better and more knowledge then everyone else."
(Yeah,I hear ya. Except I disagree and am totally more knowledge than you.)

"Sorry but I hate clicks." Actually found in a blog written by advertising designers within a post called Why Advertising Sucks: A post from a friend No. 3: Excuse Me, I Don’t Speak Moron
(Come on, dude, don't sell yourself short. You do speak moron.)

Have fun with Google today. Can't you tell I just did?
Posted by Gordon Lamb at 1:58 PM 3 comments: Links to this post

Since no one else has bothered to mention this I will: two days ago (May 6, 2007) was the 70th anniversary of the exploding of German zeppelin Hindenburg in Lakehurst, NJ.

Posted by Gordon Lamb at 6:20 AM No comments: Links to this post

Reposted here for fun and information

I like you. All of you. Honest to God, no questions asked, I think you're all the most awesome people on any planet. I like all you emo dorks, computer nerds, New Wave poseurs, punk rock die-hards,heavy metal tattoo dudes, weirdo biker gangs, corset-bound goth chicks, ninjas, micro-indie labels, mid-level AOR promoters, grandmothers, tribute-pages, pets, buildings, graphic design freaks, plumbers, architects and jerkfaces.

Since I like all of you so damn much I figured it'd be cool if I asked a favor or you. Or, actually, a few favors. To make it easier...I listed them!

1) Your awesome new project is AWESOME! I appreciate that you'd like to share it with me by posting a 7" x 12 " flyer in my comments section. However, since I just moved into this comments section with all my own stuff I really just don't have room. Unfortunately, in order to dissuade the most enthusiastic of you I had to disable HTML in my comments. So, if you try to post a flyer it will come out looking like an ancient cookbook.

a) a web-cam whore
b) a stripper, dancer, for-hire romancer
c) a Russian/Ukrainian/Eastern European model whose page was probably designed by some white-slaver
d) a random person who tried to befriend me because they found my name in the friends list of some modern hardcore/emo/ metal band that I happen to like. Yes, I like a few of them. And others I like very much. But that doesn't mean we share some secret fan-bond where all fans of one such band should be friends with all the other fans. Sorry, that's just how I feel. Feelings are important.

3)Bands, I really like you. I can't think of a single band I don't like. When it comes to bands let's make one thing crystal clear: I LIKE ALL THE BANDS. Being in a band is cool. For one thing, you get to be in a band. For another, you get to stand on a stage and make some sounds and sometimes people will clap and you sometimes get some money at the end of the show! hell, no one claps for me at my job so any job where people clap at you is an AWESOME job. So, ergo, being in a band is AWESOME.
But:

a) If I've never met you I feel a little weird when you send me a comment asking me "how's it goin' and have you checked out our new song?" Well, first off, yes. I did check out your news song. It was REALLY GOOD! Like, the best song ever. Man, that was such a good song I forgot all the other songs I had ever heard. But, if I've never me you then I fee like you don't really mean it when you ask me "how's it going?".
It's going OK, I guess, but why would you care? See what I mean?

b) You're playing a show? AWESOME! Shows are cool. I like ALL the shows. But, see, I live in Athens, Ga. So why are you telling me to please come see your show in Los Angeles? You know I can't afford that. I feel like I'm being teased when you do stuff like that. I also get the suspicion that I'm not the only girl you've asked to the prom.


If I could, could I please make a couple of more suggestions? Remember, I really like you and this is all between friends. It's pretty cool that you have altered the HTML on your page so it loads with all sorts of fancy, glittery stuff like 400 pictures of you and your friends on Spring Break, a few embedded FLASH-items, a profile song, a whole bunch of JAVA hoo-ha and other what not. I mean, that's AWESOME. It's pretty cool that anyone can be a programmer and you don't even have to live in the Pacific Northwest or Northern California to do it! It's especially cool when you can make your background any number of cool things like a really big picture of Lil' Flip, a waterfall, a bunch of rainbows or even a series of signs that say "Impeach Bush!". But, know what? My poor Lil' browser (the totally awesome and foxy Firefox) just seizes up when asked to handle all that. It says to me, "Gordon, Carpe Browser" (that's Latin for "seize the browser").
Still, feel free to make your awesome page however awesome you want it. If I can't navigate it, I'll simply sail away and shan't return again. It's NOT that I don't like you (because you're my awesome friend) but that I find myself ill equipped to deal with the neediness of your MySpace page.

Stay awesome,
your friend for real,
Gordon
Posted by Gordon Lamb at 1:50 AM 2 comments: Links to this post